Grip the glock, when I walk down the crowded blocks Just in case a nigga wanna act out I just black out, and blow they motherfuckin back out That’s a REAL NIGGA for ya — Notorious B.I.G., “Niggas”

There’s something that happens inside of me when I hear the term “real nigga”. I feel like I’m being unfairly tested, that I’m being put up against a set of standards that I’m unable to challenge even though I may vehemently disagree with them. In a word, deep down I feel threatened.

I can quickly and easily identify this as quite the problematic reaction. It’s clear that, even with everything I know about misogyny and the patriarchy, I have yet to completely purge the poison that is fragile, toxic masculinity from my system. It lingers — festers — like a demon or a cancer, affecting my thoughts, decisions, and actions on the daily. The fact that a simple three-syllable phrase can continue to have such an immediate effect on my self-esteem is troubling, to say the least.

As a whole, the concept of the “real nigga” dictates how the Black man is meant to properly and naturally think, act, and function in what we can safely refer to as a “utopian patriarchy” (which, let’s be clear, would be one hellhole of a dystopia). It attempts to corner the market of defining Black masculinity, and, in truth, looks to do so in one of the narrowest and most dangerous ways possible.

To begin, one primary characteristic, in my opinion, of this “real nigga” : he is violently, primally defensive and territorial. His dominance is his most precious possession, and he will protect it, literally, with his life. Indeed, his life comes secondary to his power and sovereignty.

To be fair, this is, in part, understandable when one considers the history of the Black man in North America. The fact that liberty, agency and autonomy would be prioritized over life and safety was, and continues to be, a necessary and noble aspiration. However, when this sentiment gets warped to a violent extreme — when the desire for autonomy devolves into one for superiority, for alpha-male distinction — is when I begin to take immediate exception. To insist on defining and categorizing masculinity, in part, via levels of dominance is destined to unnecessarily affect self-esteems the world over.

When does reality set in? Or does it not matter? Gotta hurt that I’m your baby mama’s favourite rapper Ask your current girl; she knows what’s up Holla at a REAL NIGGA; I don’t give a fuck — Jay-Z, “Super Ugly”

Another characteristic of the “real nigga” : his ravenous, expansive sexual prowess and appetite; his seemingly limitless virility. There are innumerable implications for this, most notably to myself the commodification and objectification of women and their bodies, and the connecting of self-esteem and self-worth to outside and unrelated forces and phenomenon. For starters, for oneself and others, “who” one sleeps and shares oneself with becomes less important than “how many”. They become objects and tallies in one’s mind; their experiences come to have little to no relevance. It becomes an exercise in “erasing the human” that is unequivocally unacceptable.

Humans are going to be compatible, while others are going to be less so; this is an actuality that one has a very limited control over. If one’s self-concept is intrinsically linked to ones virility, such incompatibilities, regardless of the naturalness of their occurrence, can immediately condemn one’s self-esteem. It leads to a hunt for validation, to a certain variety of predation that can certainly be dangerous and perpetual.

I rise to the top while you fall on your face so coward-ass niggas just stay in ya place I won’t lie… and I don’t give a fuck if I die You can tell a REAL NIGGA by the look in his eye — Prodigy, “Survival of the Fittest (Extended Remix)”

I’ve remarked in a previous post that, fortunately, we live in a time where the concept of masculinity is being questioned and is ripe for re-definition. On a related note, we luckily have artist like Kendrick Lamar, Mick Jenkins, and J. Cole who are, both conventionally and radically, looking to do the same with the term “real nigga”. Personally, I’m more than ready to leave the term in the dust and let it die. The mere implication that there is a “correct” way to be a man, in my view, is a sinister concept, one that minimizes a vast majority of experiences that Black men have.

The “utopian patriarchy” would insist that men be men as opposed to being people. This is a concept that we need to resist — that I need to resist — in the name of health and sanity. I want to live in a world where I can express the full extent of my humanity, and such is a life worth living and aspiring towards. In other words, I give a fuck if I die, and I’m not, and shouldn’t be, ashamed to admit that. 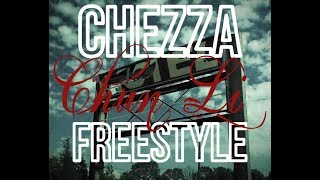 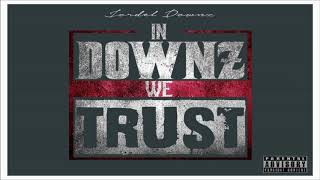 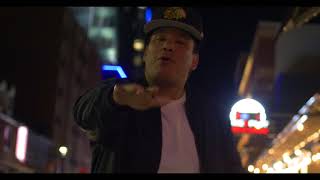